The Chronosplit watches by Heuer-Leonidas (todays: Tag-Heuer) are not only among my personal favourites, but are without any doubt the technically most complex digital watches from The Seventies, as far as construction is concerned.

The Heuer Chronosplit LCD / LED watch was the first digital, fully electronic watch in the world, which also included a quartz-chronograph (stop-watch) integrated in a wristwatch of normal size.  Even before that, Heuer had marketed the first worldwide electronic stop watch, the Microsplit.

The Heuer Chronosplit, without doubt belongs to the milestones of early digital watch techniques.

The Chronosplit dual LCD, also called 2LCD which came out in 1976, is a later version and therefore the technical development of the earlier LED / LCD version.
The 2LCD was, just like its predecessor produced in four different, basic versions: Steel or double, steel or leather straps each.

The Chronosplit is a pretty powerful reflection on the manner in which quartz movements were initially positioned by the Swiss manufacturers, not as a cheap alternative to a mechanical movement, but as heralding a revolution in watch design.

Special Editions of the Chronosplit LED watch were made for Ferrari, Tiffany & Co. New York and the German army - Bundeswehr.

Please proceed to the single models by the Heuer main menu shown below: 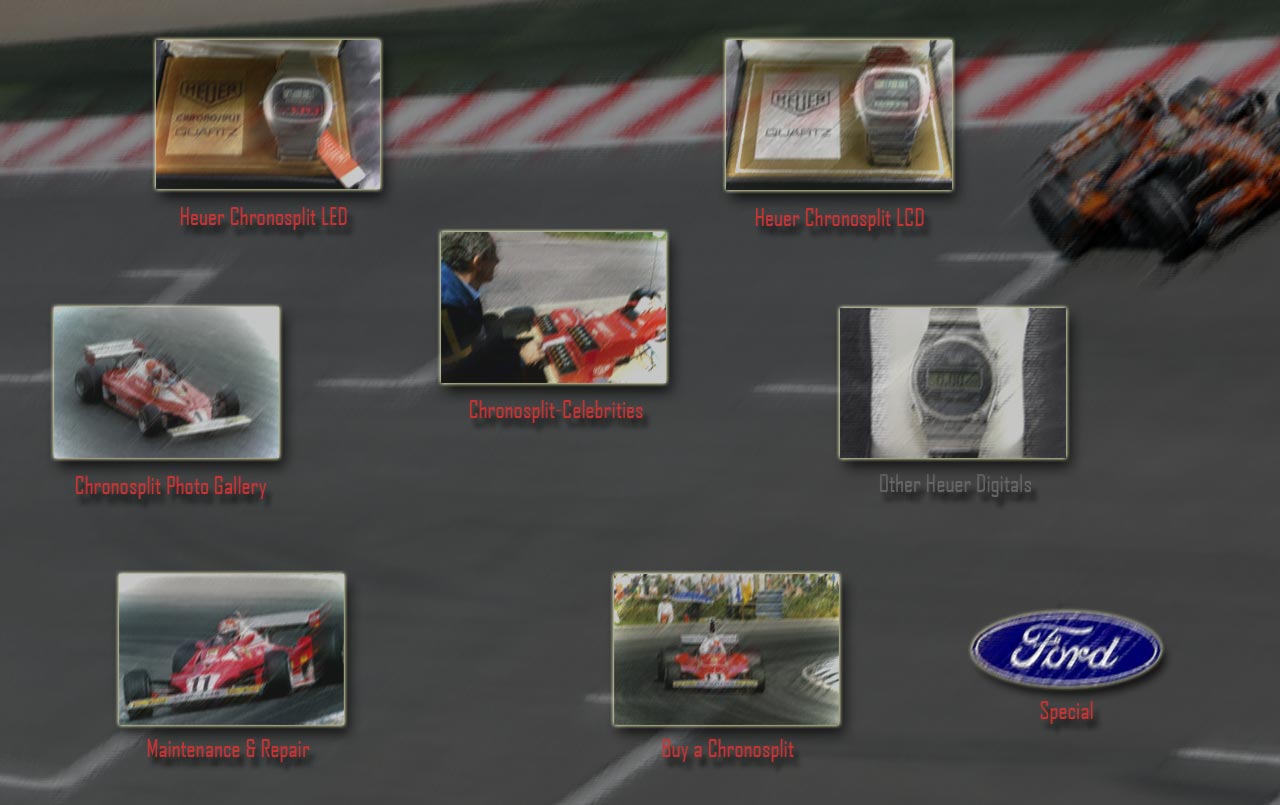